If you like to hunt ducks the traditional way by calling them into your decoys pairs at a time, this is your trip. Hunting in the B.A. Province is a water fowler’s dream, with over 11 species available and located just over three hours from Buenos Aires. You will be hunting with one of the best outfitters in the business and staying in unique estancias from an era gone by.

Your Argentina duck hunting trip starts with a morning arrival into Buenos Aires, where Cane’s staff will be on hand to clear your firearms paperwork, and then transfer you to either to Monte Laguna Lodge or Estancia San Juan. After introductions and lunch, you will have an afternoon duck hunt. The next three days are full shooting days, with hunts in both the mornings and afternoons. The last day, we shoot in the morning and then drive back to Buenos Aires and catch our overnight flight home. In total, this trip is seven days and six nights.

This region is relatively new for Argentina duck hunting, as for years it was one of the most expensive, fertile grain and cattle farming areas in Argentina. In 1988, this area of Buenos Aires was flooded to the point of saturation, raising the aquifer and forming thousand of new potholes and lagoons. These lagoons have progressed into newly formed ecosystems with new growth of beautiful large reeds and lily pads and given its proximity to grain fields, this area is a haven for waterfowl and wildlife.

There are two areas we hunt, one close to the city of Lincoln, and the other near Carlos Casares. The typical hunting day starts with an early wakeup call and breakfast before heading to the blinds. We will be leaving early, so that we are set up to start shooting at first light. Most drives to the lagoons are 10 to 45 minutes from the lodge. The ducks will usually fly until mid morning, and depending on the weather, could fly until noon, with everyone shooting about 3-4 boxes in the mornings. After the shoot, we will head back to the lodge for a large hot lunch and have time for a quick nap before the afternoon shoot. The afternoon duck hunts last from around 3:30 pm until dark.

In Casares, we are using our mainstay, the Monte Laguna Lodge, built some 50 years ago in the middle of a lagoon system where ducks have been coming for years. It has four bedrooms, hardwood floors, large fireplace and architecture befitting it’s time. In Lincoln, we use the stately Estancia San Juan that was originally built at the turn of the 20th century for a wealthy cattle family. It was recently renovated with seven bedrooms, large ceilings, hardwood floors and loads of architectural wonders. 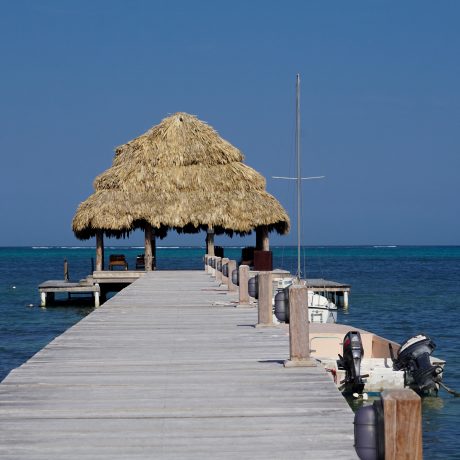 By Milton Hanburry – Spring 2014 As has been the case the last eleven years, a group of fun loving, fish seeking friends get together on Ambergris Cay for some warm sunshine and salt water enthused angling. This year 16 of us landed on Ambergris in mid-February to...